Find premium stickers of Sam’s luminous light boxes that reference historical protest signage. Exhibited in galleries and in public spaces on the outside of buildings, his lightboxes use bright fluorescent bulbs to illuminate phrases that are as aesthetically striking as they are politically moving. Reimagined as bright silkscreened stickers, these three stickers will light up your favorite things! 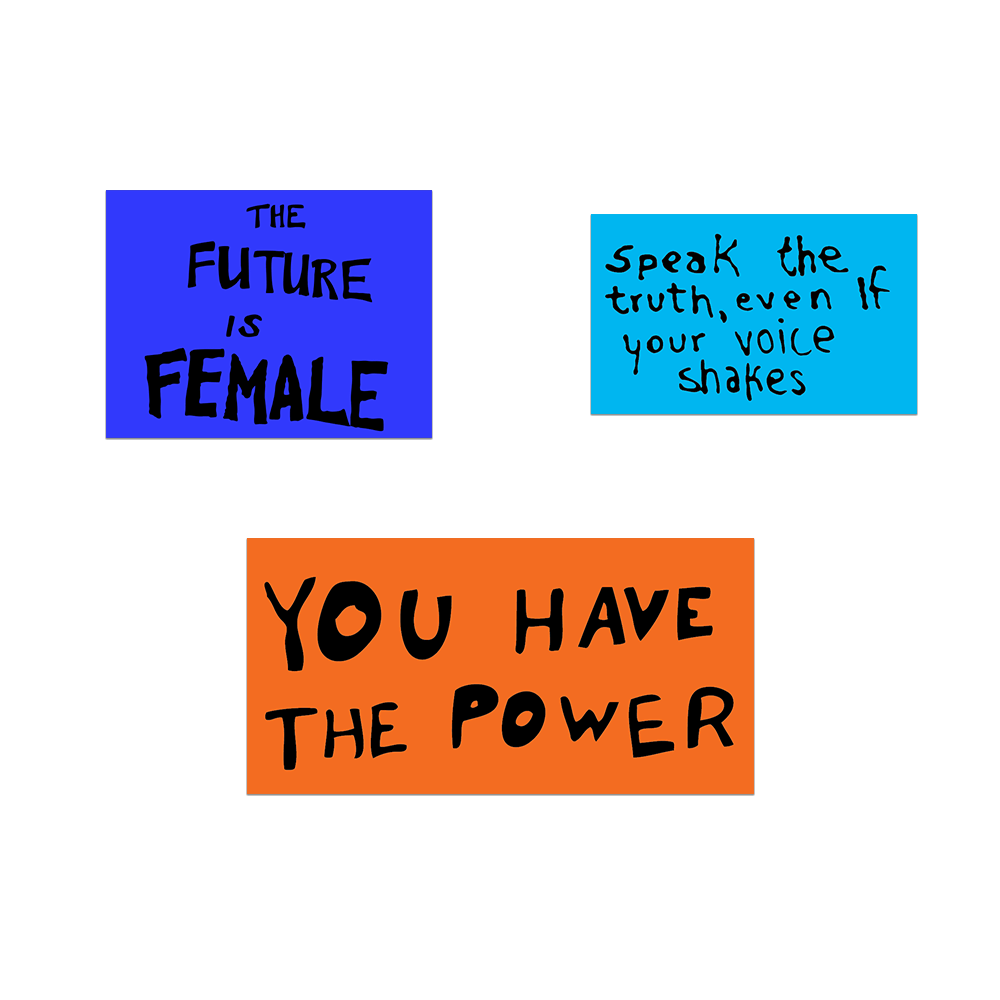 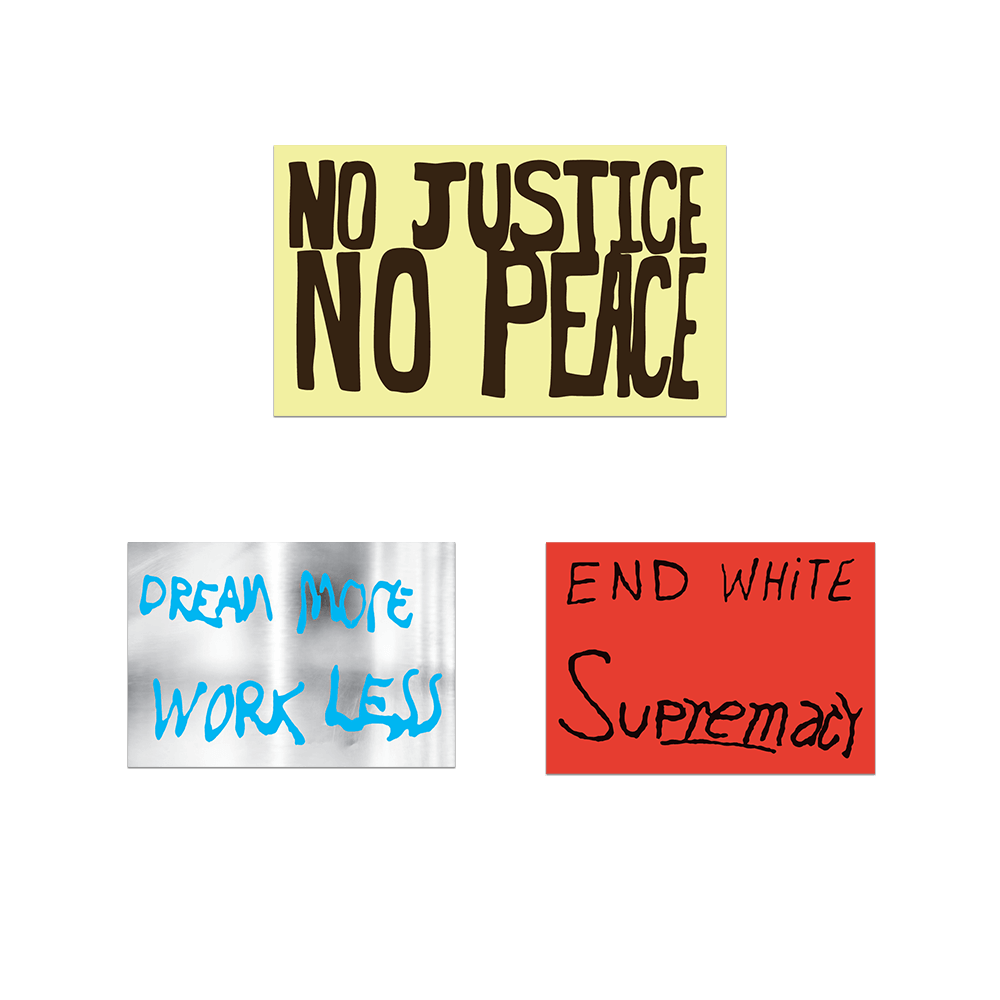 Sam Durant is an interdisciplinary artist whose works engage a variety of social, political, and cultural issues. Influenced by anti-war movements and the desegregation of schools in his hometown of Boston during the 1970s, his artistic perspective focuses on democratic ideals, racial equality, and social justice. Often taking up forgotten events from the past, his work makes connections with ongoing social and cultural issues.