Celebrate the many instances of “LOVE” in Keith Haring’s work. Silkscreened on premium vinyl, these expressions will weather any storm - out in the world or of the heart. Give one to someone special in your life.

One 7” sheet with 8 kiss-cut stickers & a commemorative back print.

As early as 1980, Haring began exhibiting in galleries and museums around the world but continued to participate in public projects, including literacy campaigns and anti-AIDS initiatives.  The original Pop Shop opened its doors in 1986 in New York City. Haring saw the Pop Shops as an extension of his work, a fun boutique where his art could be accessible to everyone. 2022 marks the 35th anniversary of the opening of the Pop Shop Tokyo. 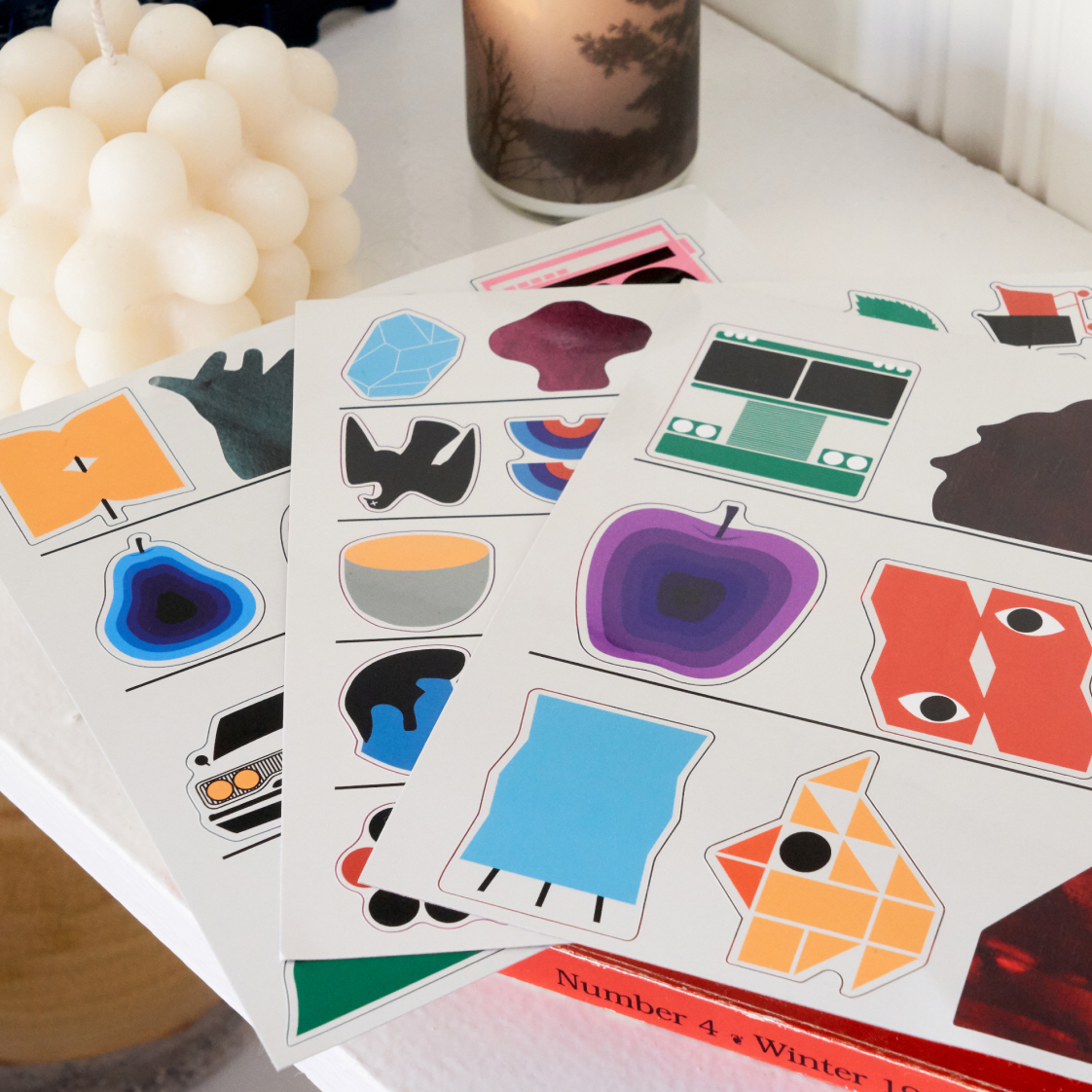 Themed sheets, printed on the best materials, with dozens of peels, ready to mix & match on your favorite things.